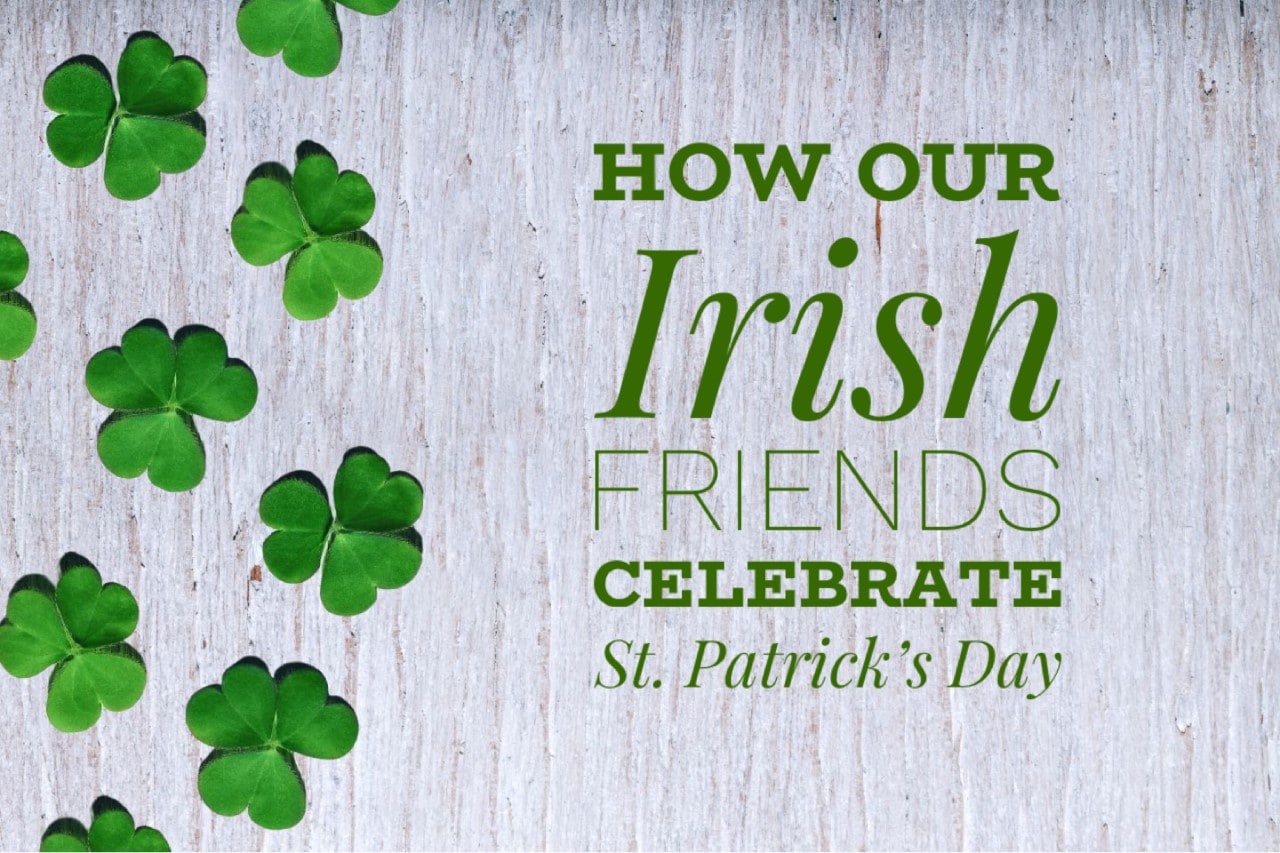 To celebrate St. Patrick’s Day, we took the opportunity to chat with a few local business owners who happily shared their Irish traditions, and what the day means to them.

Ann Brady, who came to Canada from Ireland in 2013 with her husband and daughter, opened Toast in St. Albert in 2015. She opened a second location in Sherwood Park in 2017. As a former pub owner in Ireland before moving to the Edmonton area, Ann shared that St. Patrick’s Day in Ireland is a huge celebration. It is a day to spend with friends and family. People fasted (and gave up alcohol) for lent, breaking their fast on St. Patrick’s Day. They were able to let loose and enjoy the festivities of the day to the fullest. Parades are the highlight of the day for many. Since moving to Edmonton, and pre-Covid, Anne enjoyed watching the Irish dancers on St. Patrick’s Day. This year, she is excited to be meeting up with her family from Ireland. They will spend the day together at Disney World, attending the St. Patrick’s Day parade and festivities.

Traditionally, St. Patrick’s Day includes a supper with bacon and cabbage with parsley sauce. Since Toast serves breakfast and lunch daily, guests can enjoy a traditional Irish breakfast any day of the year! With meats imported from Ireland, breakfasts includes bacon, sausage, black and white pudding, genuine Irish soda bread and potato bread. Both locations invite you to enjoy a taste of Ireland today!

Ann’s words of wisdom when celebrating the day:

Dennis O’Sullivan is a home inspector who owns Emerald Property Inspections in Edmonton. Originally from Ballingaddy, Kilmallock, Co. Limerick in Ireland, which is in the Southwest of Ireland, he came to Canada in April, 2011.

If you are looking to find Dennis on St. Patrick’s Day, you will likely find him spending time with his wife and friends, enjoying a cold beer. (But, NOT green beer, because nobody in Ireland drinks that stuff!) He also enjoys spending the day ensuring people are educated in their St. Patrick’s greeting! Like Anne, Dennis reiterated to make sure you know that it is Paddy’s Day, and not Patty’s Day.

Since St. Patrick’s Day is the national holiday of Ireland, akin to Canada Day, Dennis sees the day as one to reflect on his life here in Canada.

Peter Bolger owns and operates Hollis Developments out of Grande Prairie. Originally from Dublin, Ireland, Peter came to Canada twelve years ago. He lived in Halifax for five years, before moving to Alberta with his wife seven years ago.

As a young boy, he celebrated the national holiday by attending mass in the morning, then they would drive from the suburbs to the city where they would enjoy a massive parade, which could last between 4-5 hours! Individuals came from all over the world to enjoy the celebrations. People of all ages flocked to the main street, O’Connell Street, where kids were hoisted onto the shoulders of parents, treats were handed out, and bands play at the lively, and colourful event. After the parade, they would go back home, where they would host friends, neighbours, and family – gathering to enjoy food, drink, and company. Food typically included cabbage, ham, potatoes, veggies, or Irish stew, as the weather can still be quite cold in March!

Peter’s Canadian celebrations include spending the day with his wife and two children, with time to chat with family and grandparents who are still in Ireland. His mom often ships gifts to his kids to enjoy including green attire for the day. Peter can also be spotted coming to work in his top hat and green pants. Irish people are proud of where they come from, and he hopes to instill that into his children.

Irish people are proud of where they come from, and I hope to instill that into my children.

Peter believes that everyone should experience St. Patrick’s Day in Dublin. So, start saving for next year!

We want to thank Ann, Dennis, and Peter for sharing their traditions and experiences with us! We hope you enjoyed finding out a bit more about true Irish celebrations. Whatever you do today to celebrate, we hope you are able to enjoy some great company, tasty food, and a celebratory beverage of your choosing.